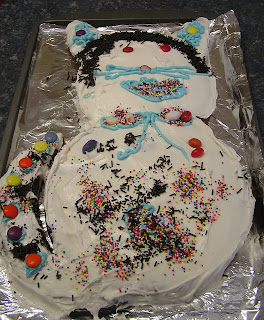 Ruth came to Grandma and Grandpa`s house by herself and what she wanted to do was make chocolate chip cookies.  We talked about making Great Great Aunt Marjorie`s cookie and no Ruth wanted to try a different recipe.  So I took out a cook book that her father Eric gave to me when he was four years old.  For a long time this was only cookbook that I could use when cooking with Eric.


The first picture that caught Ruth`s attention was a Cat cake and she asked if we could make a Cat Cake.  The answer was yes.  Building Assets At age 5 Ruth is learning that she has choice and to support her making good choices sometimes we need to say yes to her.  If we always say no she will quickly assume that we will not let her have personal choice.   Instead she will learn to sneak around behind our backs to get what she wants - Don`t want that!

Next we had to pick a cake and this is when we read of the Chocolate Chip Cake. 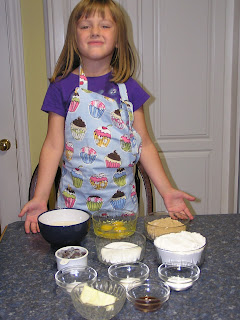 Heat oven to 350 degrees.
Grease and line your pan with parchment paper 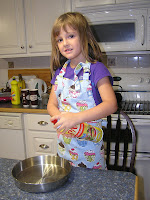 As we are making a cat cake we used two circle pans.
Chop the chocolate Chips into fine pieces 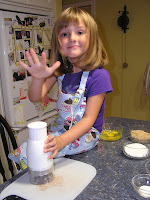 Pour all the ingredients into a large mixing bowl. 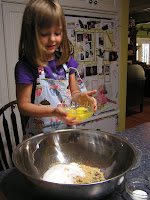 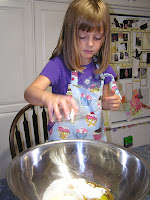 I was surprised how much fun she had with this independence,
considering which ingredient to add when, talking to them
"not your turn yet milk, Ok eggs here you go". 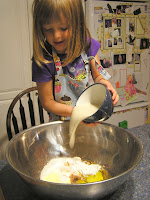 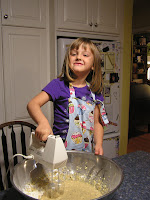 Pour into pans.
Bake for 40 to 45 minutes until a
toothpick comes out clean.
Cool and frost.
Our cake will be a pink Cat. 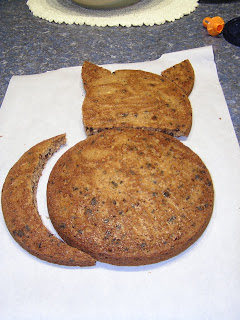 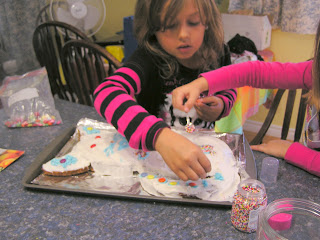 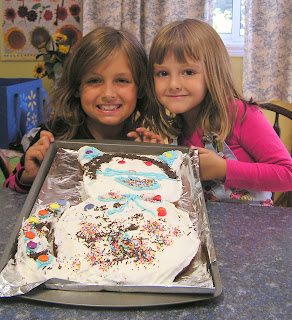 The cake was very good and the next time I make it will use banana instead of the lard.

Life is lived through small moments that gathered together create a life time. What we choose to see, feel, express in these moments ... 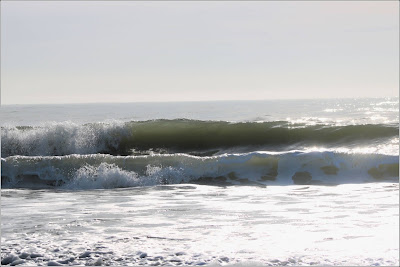 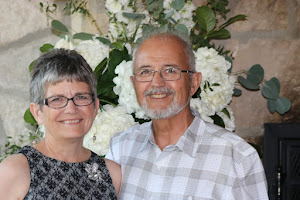 Thank you for visiting Grandparents and Grand children. This is a lifestyle blog with a little bit of everything from the perspective of two Mennonite Grandparents. We feature our grandchildren in this blog Ruth, Emily, James and our very special adopted granddaughter Haley. We hope that you enjoy the time you spend here and leave us a message if you feel so inclined.